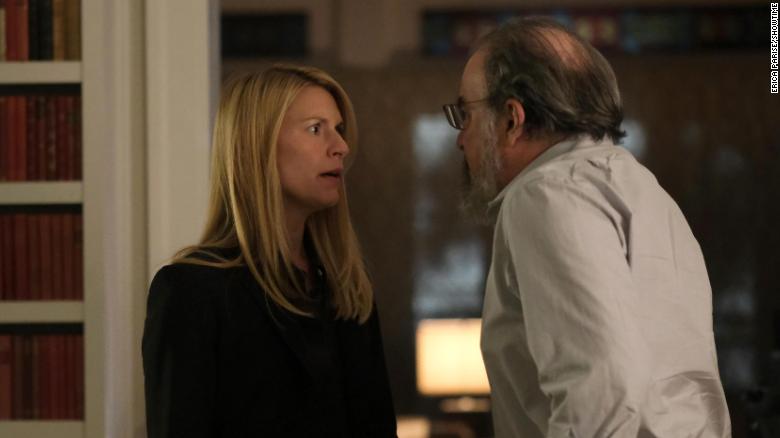 The following contains spoilers about the "Homeland" series finale.


(CNN)When Showtime renewed "Homeland" through an eighth season, the three-year extension offered the prospect of a big buildup and whiz-bang finish. What emerged fell short of that, culminating in a tense, high-stakes finale that still felt like a much-diminished show from the one whose debut rightfully earned awards , critical praise and President Obama's endorsement .

Appropriately, the final season set up a showdown between the central characters, CIA agent Carrie Mathison (Claire Danes) and her mentor Saul Berenson (Mandy Patinkin), in another one of those smart "Homeland" scenarios that offer tough alternatives, no great choices and various shades of gray.

"Homeland" has consistently enjoyed uncanny timing , and the finale was no exception. That included the pivotal role played by Russia as a nefarious presence, with Saul describing the country as "a mortal enemy who's slowly but surely strangling our democracy."

If the series has accomplished anything, it's been compelling viewers to look at the tradeoffs and sacrifices associated with conducting a "war" against terrorism, where the US, or at least the people running it, can become as great a threat as those intent on the nation's destruction.

The last season saw just that sort of situation develop. A green, indecisive vice president (Sam Trammell), elevated by tragedy into the Oval Office, brought the country to the brink of a nuclear confrontation with Pakistan by heeding the advice of a zealous aide (Hugh Dancy, Danes' real-life husband).

Carrie reluctantly agreed to cooperate with her Russian counterpart Yevgeny (Costa Ronin, terrific throughout the season), who wanted to learn the identity of a mole in his government in exchange for help averting such a scenario. But that meant opposing Saul, the spy's contact, leading to a dangerous standoff.

For Carrie, sacrificing one woman to save thousands wasn't a close call, pleading with Saul, "Everything you have ever asked of me, I have done." Saul's loyalty to the spy, however, was unshakeable, forcing Carrie to break with him in order to satisfy Yevgeny's demands.

Given Carrie's history of sacrifice -- including her daughter, a narrative inconvenience for most of the series who she wound up abandoning -- the payoff made considerable sense: Capitalizing on Yevgeny's earlier-referenced loneliness, she chose to fill the void left by the mole's death. Seemingly defecting to Moscow, she could feed Saul information, fittingly bringing them back together in a shared mission, if not geographically.

"Homeland" has excelled at choreographing such cloak-and-dagger games, but the character choices and subplots through the years haven't always been equal to them. By that measure the finish wasn't entirely convincing, and while it provided a degree of closure, didn't loop back to the show's origins as deftly as one might have hoped.

Producers Howard Gordon and Alex Gansa are both veterans of "24," and like Jack Bauer before her, Carrie silently suffered for the rest of us, which included spending months in Russian custody. Both characters serve as a reminder, in a broader sense, that the weight of this war hasn't been equally shared.

Yet even with its splendid cast, savvy real-world echoes and gift for reinvention, the Showtime drama became a more dutiful spy show as the years progressed, never fully recovering from the highs of the first season and subsequent creative missteps during the second.

The episode did open with footage of Nicholas Brody (Damian Lewis, now headlining "Billions"), but Carrie's sacrifice notwithstanding, the connection seemed flimsy. More than anything, it was a welcome reminder of where the story began, and the distance traveled from that plateau. (The finale's title, "Prisoners of War," mirrors that of the Israeli series on which "Homeland" was based.)

In hindsight, "Homeland's" first year was an almost-perfect limited series. Everything after that added up to a good, not great, contemplation of an endless war and unsettled geopolitical environment that, unlike the show, keeps going on and on.