The gap between Trump's world and reality is widening. It's disturbing to watch

The gap between Trump's world and reality is widening. It's disturbing to watch

In Greek mythology, Cerberus – angry and snarling – stood at the gates to hell. Trump and his inner circle are our Cerberus 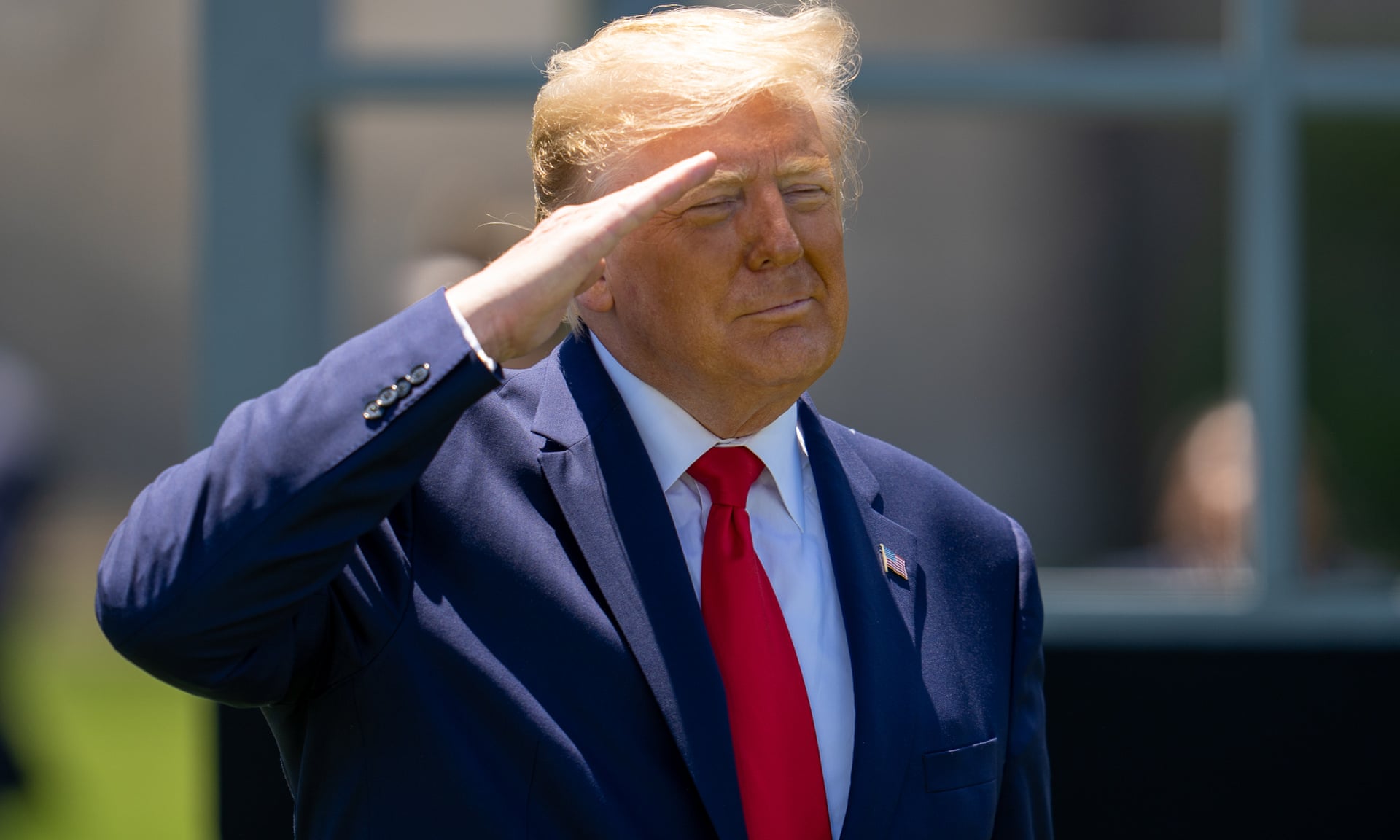 ‘Is it possible that a president who has spent four years lying to the American people now assumes that everyone is lying? Or can he no longer distinguish between fact and fiction?’ Photograph: David Dee Delgado/Getty Images
Given how busy most Americans are these days – home-schooling their kids, dealing with unemployment, waiting on line at food banks, protesting systemic racism, worrying about our economy and our educational system – few of us have the time, the energy or inclination to wonder what it’s like to be Donald Trump , to imagine how his mind works, what he really thinks and believes. But over the past few weeks, the increasingly strange, intentionally provocative, inappropriate and frankly delusional tweets and pronouncements issuing from the Oval Office have once again caused us to reflect on the president’s inner life. We’ve grown accustomed to his shortcomings, the regular failures of decency, common sense, and good taste. Yet the gap between what the president is saying – and the reality we observe around us – appears to be widening.

Does Trump truly believe that Martin Gugino, the 75-year-old protester shoved to the ground by Buffalo police officers, was an Antifa insurrectionist plotting to block the communications equipment of the officers who shoved him and left him bleeding from the ear? Does the courtly, somewhat hesitant Gugino really look to anyone like a dangerous thug? How could someone have watched that video and floated the idea that the attack on Gugino, still hospitalized with a brain injury, “could be a set-up?”

Is it possible that a president who has spent four years lying to the American people now assumes that everyone is lying? Or can he simply no longer distinguish between fact and fiction, between conspiracy theories spread by fringe “news” outlets such as the One America News Network and observable reality? What sane human being could imagine that America wanted to hear that George Floyd was smiling down from heaven at the day’s modestly improved job reports?

Lately, I’ve been thinking of the 8,000 word “long telegram” that George Kennan, then the American chargé d’affaires in Moscow and later an architect of the Cold War, sent to the State Department in 1946 – a document in which Kennan described the methods of an authoritarian dictatorship, “so strange to our form of thought”. Under Stalin, wrote Kennan, “The very disrespect of Russians for objective truth – indeed, their disbelief in its existence – leads them to view all stated facts as instruments for furtherance of one ulterior purpose or another.”
It’s remarkable, how much one can get used to, with a president who has made over 18,000 false or misleading claims since taking office. But all that seems more disturbing now, not only because the tweets and speculations have gotten more aggressive and outlandish, but because the upheavals in our country, the crises we face – the continuing Covid-19 pandemic, the tanking economy, the unrest inspired by the early stages of a necessary reckoning with racism – have made us wish, more than ever, for a leader who shows some honesty, common sense, or who just (we’re setting the bar quite low here) behaves like a responsible adult.
Now, when we most need stability, when we have never felt more uncertain about the future – will school reopen in the fall? Will we get our jobs back? What will life look like after the pandemic? – we have a president who seems to enjoy destabilizing us further. How could anyone think that what we need now is more chaos, disorder and ill will, filtering down from the top?

These days, when I think of Trump, I only rarely picture a guy with an orange face, weird hair and an absurdly long tie. I’ve instead begun to imagine Cerberus, the many-headed dog-monster from Greek mythology.
One of this creature’s heads is obviously Donald Trump’s, but there are others, snarling and yapping and bickering, all offering wrong opinions and bad advice as they try to keep Trump in line and do damage control when he strikes out on his own. Trump’s head may be the monster’s public face, but there are also the heads of Ivanka and Jared; of Attorney General William Barr subverting the rule of law and orchestrating the vile photo op in front of St John’s church; of Mitch McConnell; and of Senior Adviser Stephen Miller, fanning Trump’s racism and implementing his inhuman anti-immigration policies.

I’ve heard it said that the decision to stage a Republican campaign rally on 19 June (Juneteenth, the date when the last of the Confederate slaves were freed) in Tulsa, Oklahoma (where more than 300 Black people were killed by white mob in 1921) “has Stephen Miller written all over it”. That supposition seems likely, given Trump’s notoriously weak grasp of American history in general and African American history in particular; recall when, in 2017, he spoke as if abolitionist Frederick Douglass, who died in 1895, were still alive “and is being recognized more and more”. (On Saturday Trump agreed to change the date of the campaign rally in Tulsa.)
Let’s not forget who Cerberus was, in Greek mythology. Perpetually angry and snarling, Cerberus acted as the guardian of the underworld. His ferocious multiple dog heads were forever twisting, showing their teeth, and barking at the newly damned approaching the gates of hell.